The Cave Fauna of Greece database currently holds data on more than 880 species and more than 540 caves from all 14 administrative regions. It also holds 110 taxa identified to generic level but these are visible only in the species lists for each cave. The census includes a total number of nearly 3,000 records. 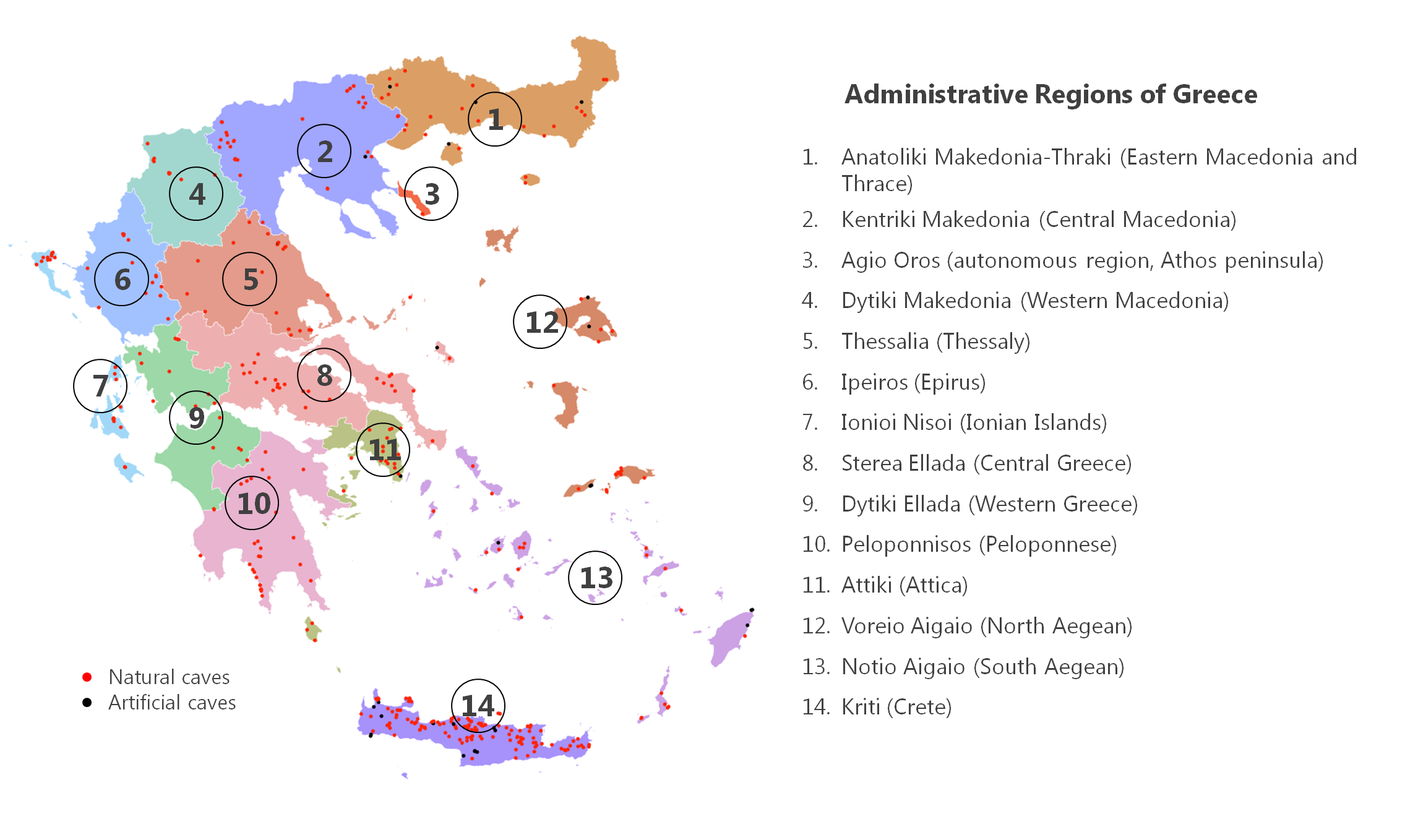 Kriti (Crete) is the most studied Region of Greece (34% of the caves). Insular Regions (N & S Aegean, Ionian Islands, and Crete) are hosting a remarkable percentage of endemic and troglobiont species. 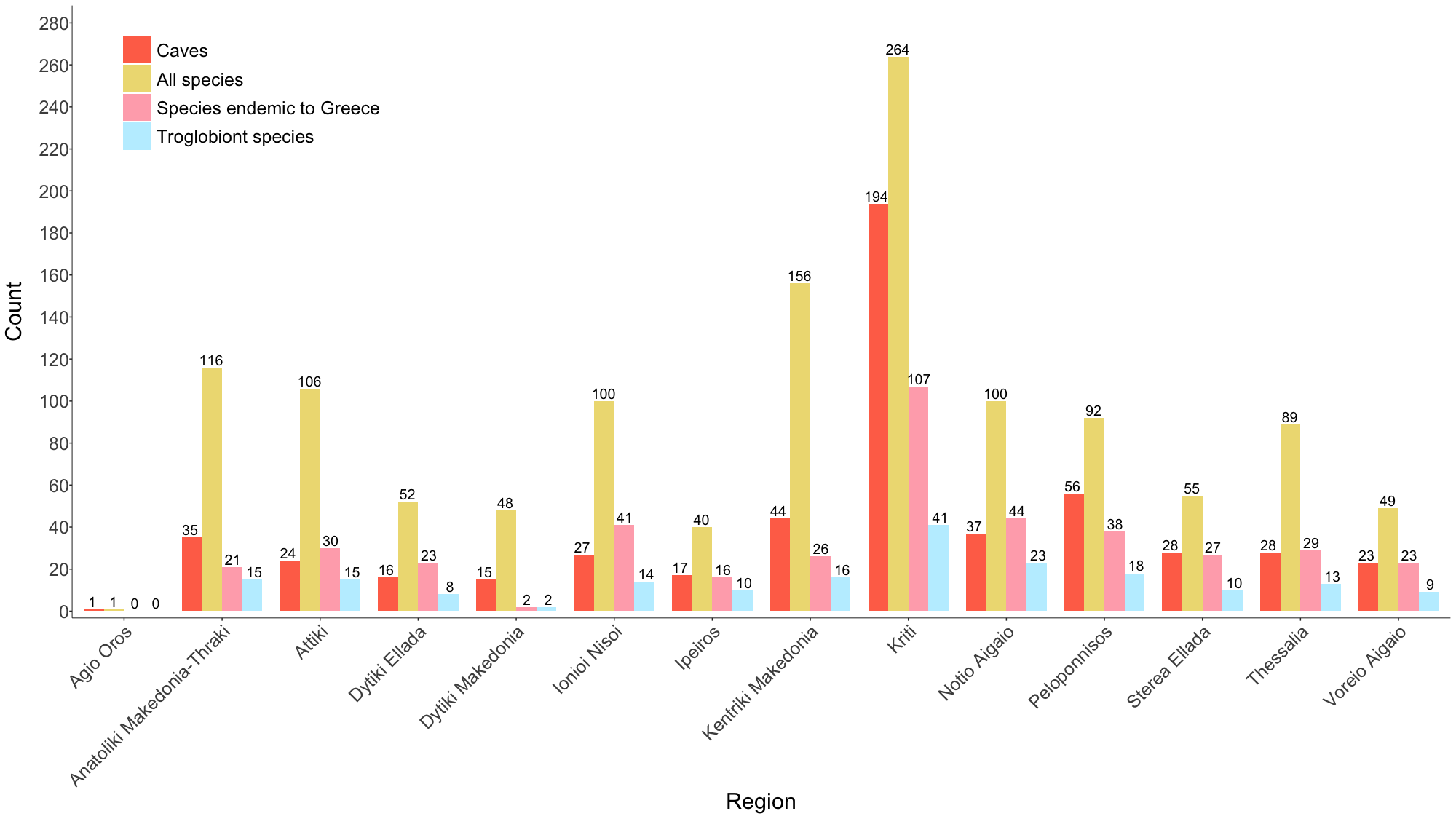 The diversity of the cave fauna of Greece

Korykeio Antro (Parnassos Mt.) is the cave from where the first cave animals of Greece have been recorded. From the samples collected by Theobald Johannes Krüper (1829–1917), Brunner Von Wattenwyl (1861) identified the cave cricket Rhaphidophora cavicola -a record assigned recently to Troglophilus zoia (Di Russo et al. 2014)- and Schaum (1962) described a new ground-beetle species (Anophthalmus Krueperi = Duvalius krueperi), the first obligate cave-dwelling species recorded in Greece. Since then, the speleobiological research in Greece revealed an interesting fauna of more than 880 species from more than 540 caves. More than 335 of them were described for the first time.

Nearly half of the species of the cave fauna of Greece are Greek endemics. Obligate cavernicolous species (troglobionts/stygobionts) represent 22.3% of the cave fauna and the vast majority are steno-endemic. Only 12 species are not endemic to Greece 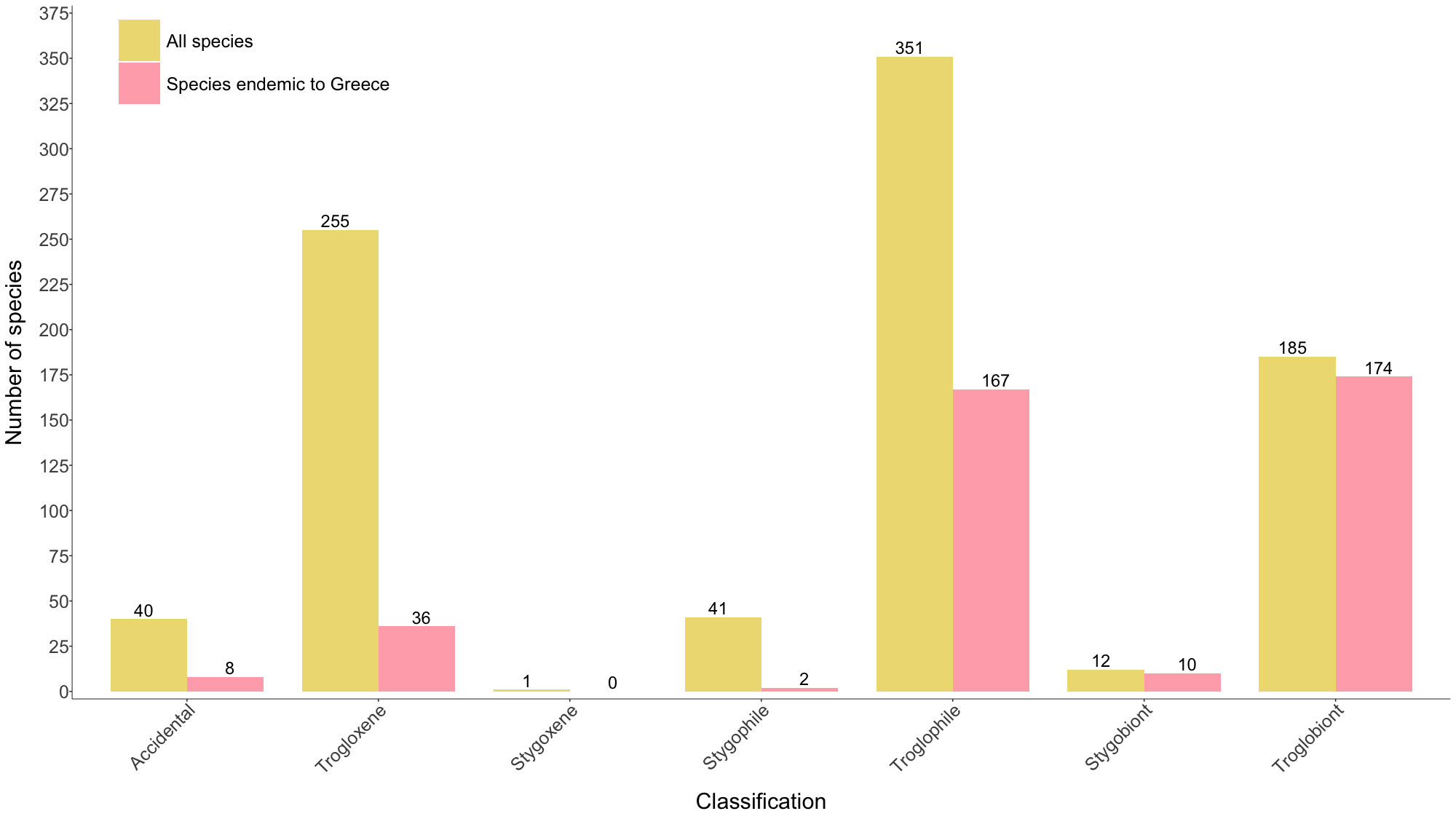 The majority of the species found in the caves of Greece have not been evaluated either for the IUCN Red List (84.9%) or the GR Red Data Book (85.9%). The adequately evaluated groups are bats, orthopterans, and mollusks. Only 9 out of the 192 obligate cavernicolous species have been evaluated. 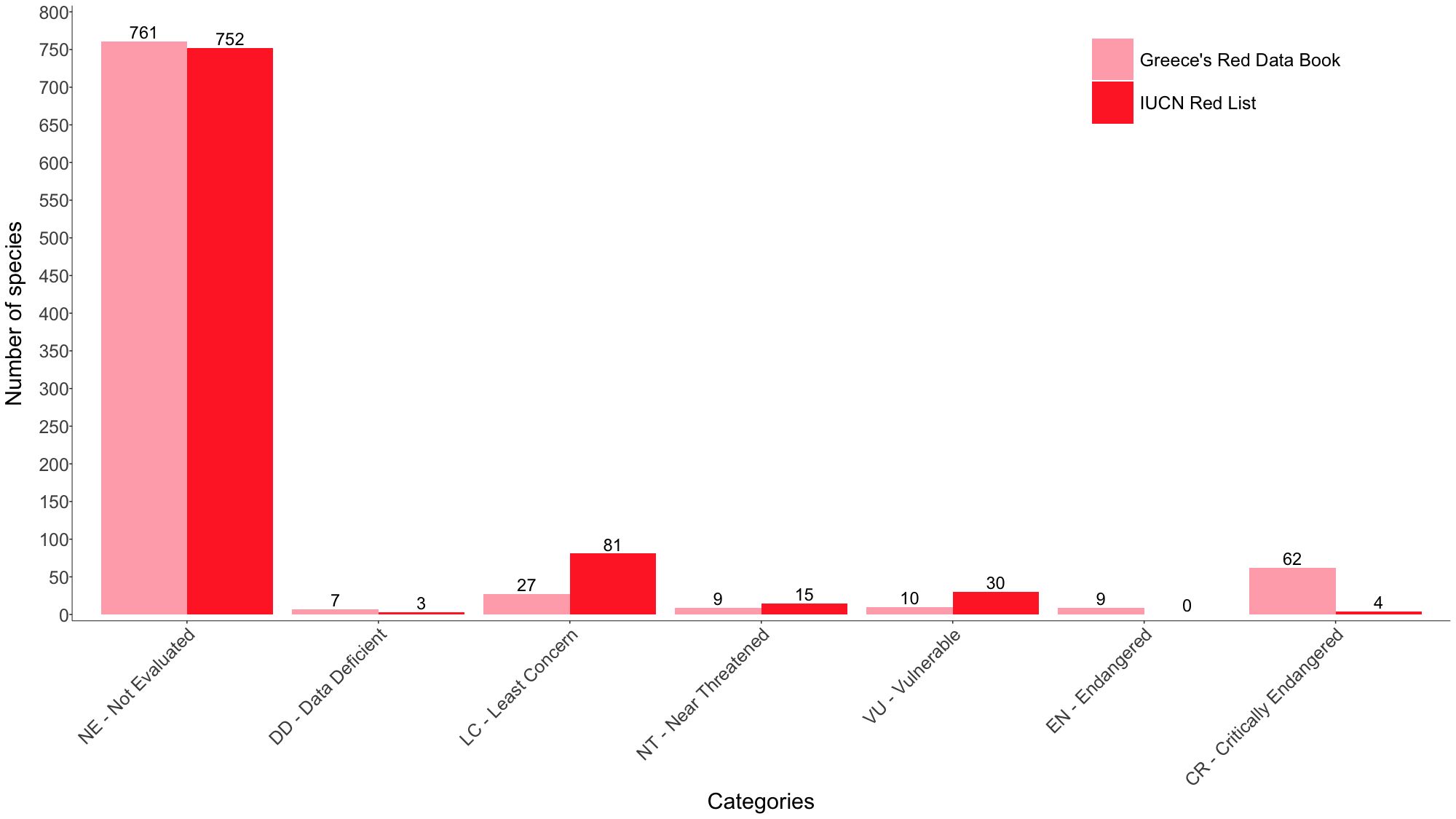 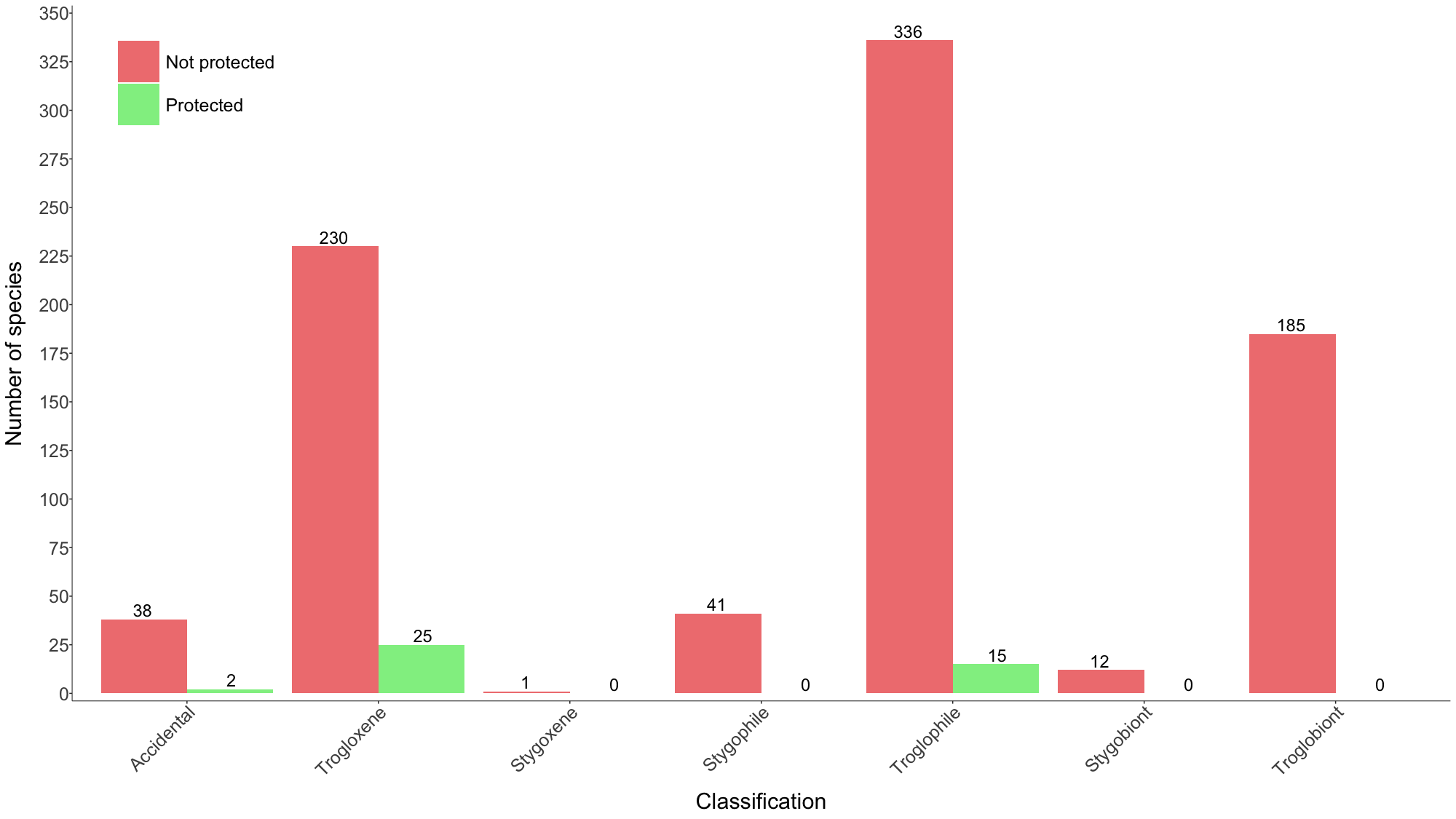 According to the Greek Archaeological Law, all caves associated with ancient human uses are considered protected.

Only 20 caves are namely protected under the Greek environmental legislation. About 305 (55.2%) of the caves cited in the CFG database are situated within Natura 2000 sites (Sci’s and/or SPA’s). In addition, 69 caves (12.3 %) are situated within Wildlife Refuges. 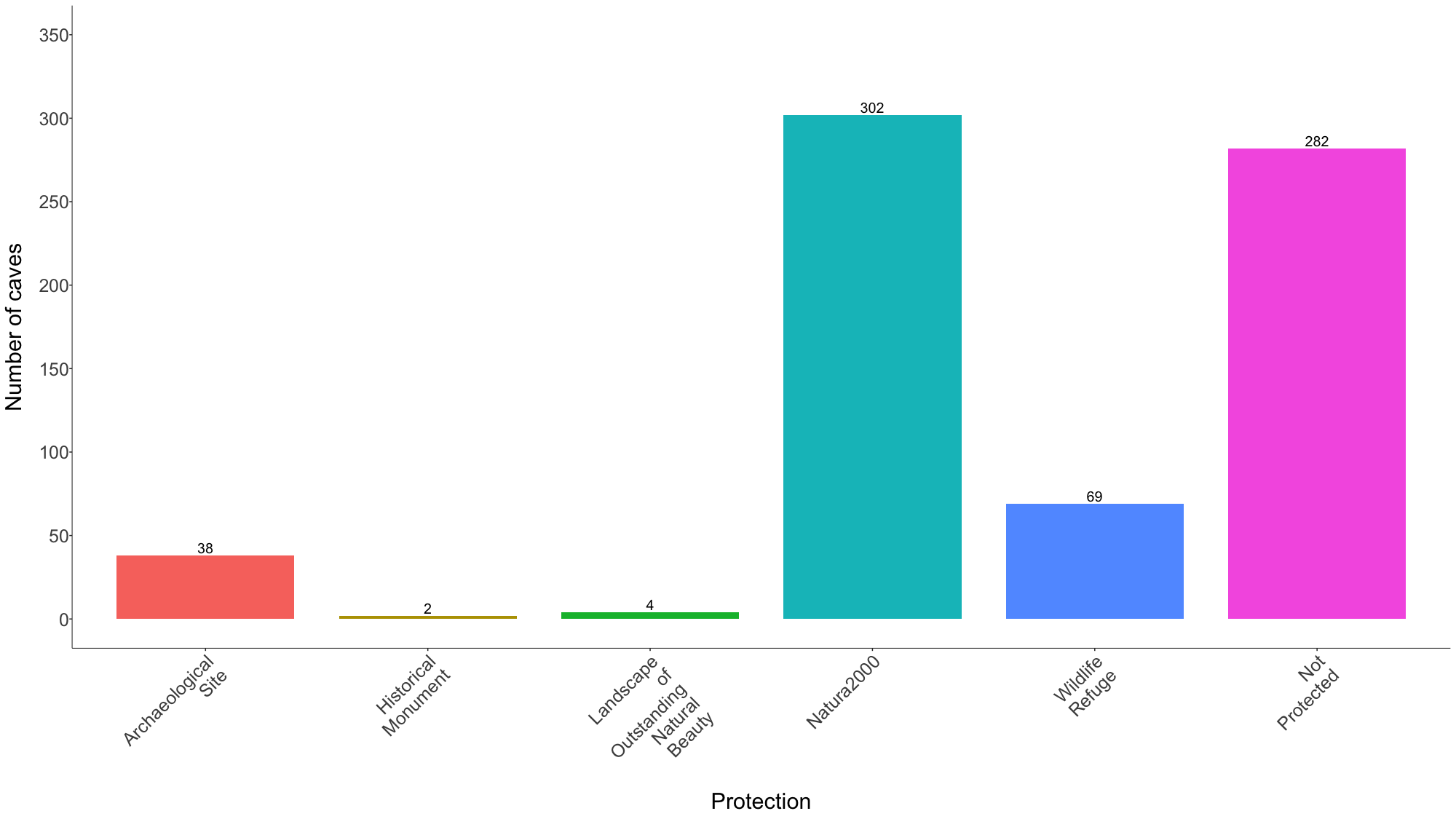 For more insights and the code behind the analysis visit our GitHub Page: